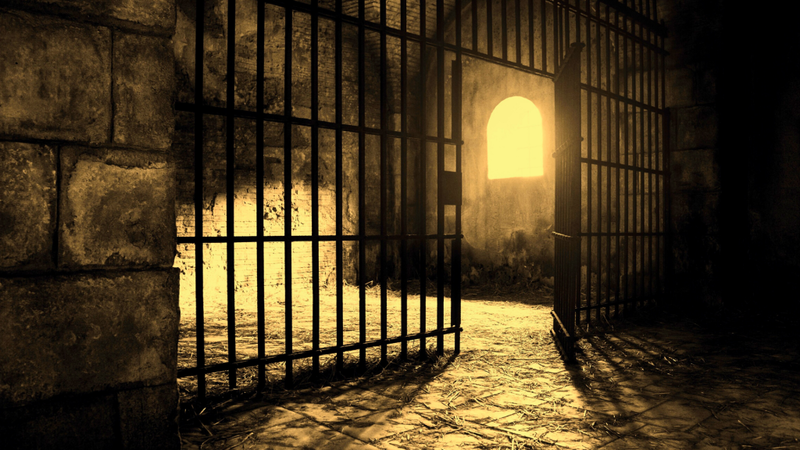 Acts 16:20-34 NCV, "They brought Paul and Silas to the Roman rulers and said, 'These men are Jews and are making trouble in our city. They are teaching things that are not right for us as Romans to do.' The crowd joined the attack against them. The Roman officers tore the clothes of Paul and Silas and had them beaten with rods. Then Paul and Silas were thrown into jail, and the jailer was ordered to guard them carefully. When he heard this order, he put them far inside the jail and pinned their feet down between large blocks of wood.

About midnight Paul and Silas were praying and singing songs to God as the other prisoners listened. Suddenly, there was a strong earthquake that shook the foundation of the jail. Then all the doors of the jail broke open, and all the prisoners were freed from their chains. The jailer woke up and saw that the jail doors were open.

Thinking that the prisoners had already escaped, he got his sword and was about to kill himself. But Paul shouted, 'Don’t hurt yourself! We are all here.' The jailer told someone to bring a light. Then he ran inside and, shaking with fear, fell down before Paul and Silas.

He brought them outside and said, 'Men, what must I do to be saved?' They said to him, 'Believe in the Lord Jesus and you will be saved—you and all the people in your house.' So Paul and Silas told the message of the Lord to the jailer and all the people in his house. At that hour of the night the jailer took Paul and Silas and washed their wounds. Then he and all his people were baptized immediately. After this the jailer took Paul and Silas home and gave them food. He and his family were very happy because they now believed in God."

1. Giving our Attention to Prayer

Hebrews 4:16, "...approach the throne of grace with confidence, so that we may receive mercy and find grace to help us in our time of need."

2. Centering our Attitude on Praise

Romans 8:18, "I consider that our present sufferings are not worth comparing with the glory that will be revealed in us,"

3. Directing our Actions toward People

2 Timothy 4:5, "But you, keep your head in all situations, endure hardship, do the work of an evangelist, discharge all the duties of your ministry."