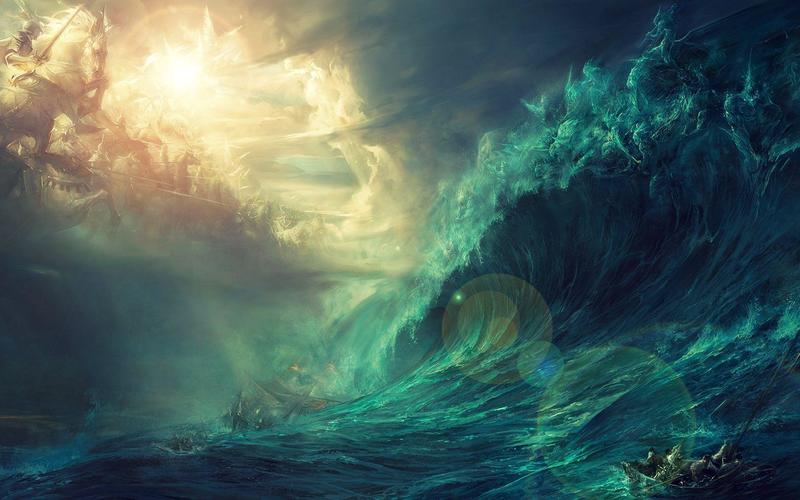 Weathering the Storms of Life

Jonah 1:1-4 "The Lord gave this message to Jonah son of Amittai: 'Get up and go to the great city of Nineveh. Announce my judgment against it because I have seen how wicked its people are.' But Jonah got up and went in the opposite direction to get away from the LORD. He went down to the port of Joppa, where he found a ship leaving for Tarshish. He bought a ticket and went on board, hoping to escape from the Lord by sailing to Tarshish. But the Lord hurled a powerful wind over the sea, causing a violent storm that threatened to break the ship apart."

Jonah 1:7 "Then the crew cast lots to see which of them had offended the gods and caused the terrible storm. When they did this, the lots identified Jonah as the culprit."

Jonah 1:14 "Then they cried out to the Lord, Jonah’s God. 'O Lord,' they pleaded, 'don’t make us die for this man’s sin. And don’t hold us responsible for his death. O Lord, you have sent this storm upon him for your own good reasons.'"

Jonah 3:1-3 "Then the LORD spoke to Jonah a second time: 'Get up and go to the great city of Nineveh and deliver the message I have given you.'"

Ephesians 2:8-9 "God saved you by his grace when you believed. And you can’t take credit for this; it is a gift from God. Salvation is not a reward for the good things we have done, so none of us can boast about it."

Proverbs 10:25 "When the storms of life come, the wicked are whirled away, but the godly have a lasting foundation."