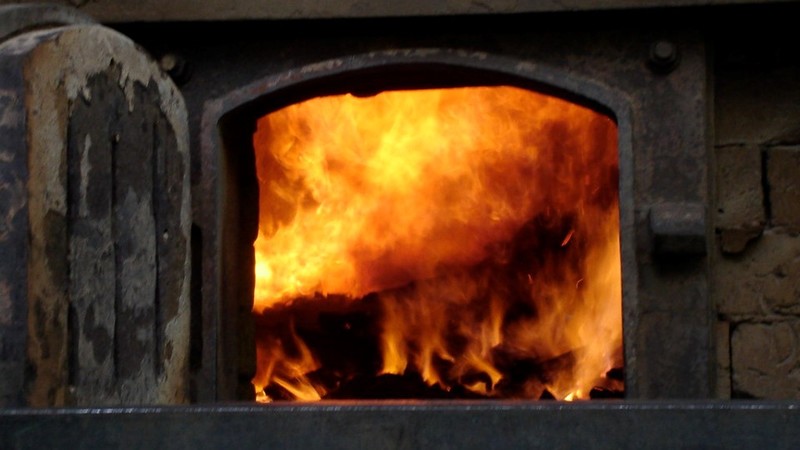 Cool in the Fire

1. They had Devotion - They wouldn’t Bow

Daniel 3:1-14, "King Nebuchadnezzar made a gold statue ninety feet tall and nine feet wide and set it up on the plain of Dura in the province of Babylon. Then he sent messages to the high officers, officials, governors, advisers, treasurers, judges, magistrates, and all the provincial officials to come to the dedication of the statue he had set up. So, all these officials came and stood before the statue King Nebuchadnezzar had set up. Then a herald shouted out, 'People of all races and nations and languages, listen to the king’s command! When you hear the sound of the horn, flute, zither, lyre, harp, pipes, and other musical instruments, bow to the ground to worship King Nebuchadnezzar’s gold statue. Anyone who refuses to obey will immediately be thrown into a blazing furnace.'

So, at the sound of the musical instruments, all the people, whatever their race or nation or language, bowed to the ground and worshiped the gold statue that King Nebuchadnezzar had set up. But some of the astrologers went to the king and informed on the Jews. They said to King Nebuchadnezzar, ‘Long live the king! You issued a decree requiring all the people to bow down and worship the gold statue when they hear the sound of the horn, flute, zither, lyre, harp, pipes, and other musical instruments. That decree also states that those who refuse to obey must be thrown into a blazing furnace. But there are some Jews—Shadrach, Meshach, and Abednego—whom you have put in charge of the province of Babylon. They pay no attention to you, Your Majesty. They refuse to serve your gods and do not worship the gold statue you have set up.' Nebuchadnezzar flew into a rage and ordered that Shadrach, Meshach, and Abednego be brought before him. When they were brought in, Nebuchadnezzar said to them, ‘Is it true, Shadrach, Meshach, and Abednego, that you refuse to serve my gods or to worship the gold statue I have set up?'"

2. They had Determination – They wouldn’t Bend.

Daniel 3:15-18, “’I will give you one more chance to bow down and worship the statue I have made when you hear the sound of the musical instruments. But if you refuse, you will be thrown immediately into the blazing furnace. And then what god will be able to rescue you from my power?’ Shadrach, Meshach, and Abednego replied, ‘O Nebuchadnezzar, we do not need to defend ourselves before you. If we are thrown into the blazing furnace, the God whom we serve is able to save us. He will rescue us from your power, Your Majesty. But even if he doesn’t, we want to make it clear to you, Your Majesty, that we will never serve your gods or worship the gold statue you have set up.'”

3. They were Delivered – They wouldn’t Burn

4 Life Lessons learned in the Furnace:

2. Perseverance: Don’t give in to Peer Pressure

3. Presence: Jesus will be With you in the Fire

4. Purification: God uses the Fire to Purify you