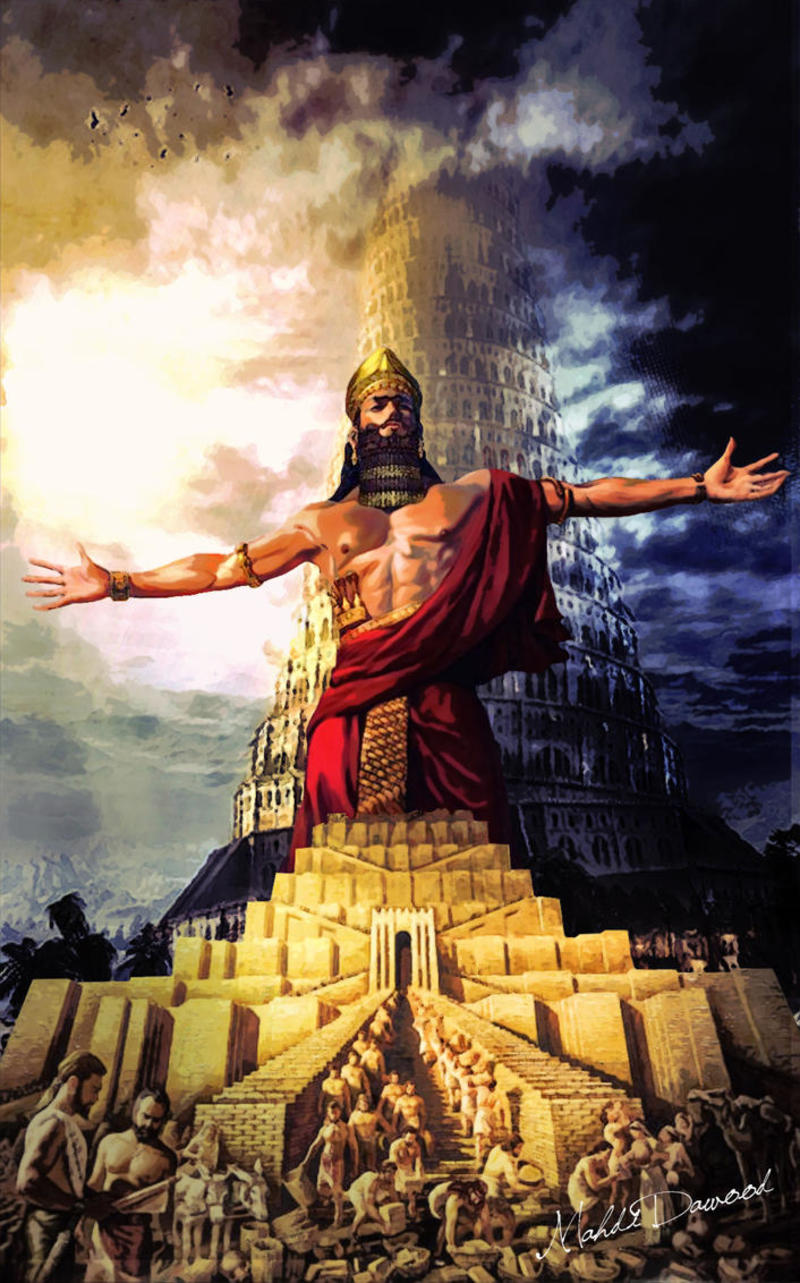 FROM BEAUTY TO BEAST

LESSONS FROM THE BIRD MAN

Daniel 4:1-2, “King Nebuchadnezzar to the peoples, nations and men of every language, who live in all the world: May you prosper greatly! It is my pleasure to tell you about the miraculous sings and wonders that the Most High God has performed for me.”

Verse 3, “How great are his signs, how mighty his wonders! His kingdom is an eternal kingdom; his dominion endures from generation to generation.”

Verse 4, “I, Nebuchadnezzar, was at home in my palace contented and prosperous. I had a dream that made me afraid. As I was lying in my bed, the images and visions that passed through my mind terrified me.”

Verse 13, “In the visions I saw while lying in my bed, I looked, and there before me was a messenger, a holy one, coming down from heaven. He called in a loud voice: ‘cut down the tree and trim off its branches; strip off its leaves and scatter its fruit. Let he animals flee from under it and the birds from its branches. But let the stump and its roots, bound with iron and bronze, remain in the ground in the grass of the field. Let him [a person, now, not a tree] be drenched with the dew of heaven, and let him live the animals among the plants of the earth. Let his mind be changed from that of a man and let him be given the mind of an animal, till seven times [years] pass by for him.”

Verse 19: “Then Daniel (Belteshazzar) was greatly perplexed for a time, and his thoughts terrified him. So the king said, ‘Belteshazzar, do not let the dream or its meaning alarm you.’ Belteshazzar answered, ‘My lord, if only the dream applied to your enemies and it’s meaning to your adversaries! The tree you saw, which grew large and strong, with its top touching the sky, visible to the whole earth, with beautiful leaves and abundant fruit, providing food for all, giving shelter to the beasts of the field, and having nesting places in its branches for the birds of the air–you O king, are that tree! You have become great and strong; your greatness has grown until it reaches the sky, and your dominion extends to distant parts of the earth.”

Verse 25: “You will be driven away from people and will live with the wild animals; you will eat grass like cattle and be drenched with the dew of heaven. Seven times will pass by for you until you acknowledge that the Most High is sovereign over the kingdoms of men and gives them to anyone he wishes. The command to leave the stump of the tree with its roots means that your kingdom will be restored to you when you acknowledge the Heaven rules.”

Verse 27, “Therefore, O king, be pleased to accept my advice: Renounce your sins by doing what is right, and your wickedness by being kind to the oppressed. It may be that then your prosperity will continue.”

Verse 28. “All this happened to King Nebuchadnezzar. Twelve months later, as the king was walking on the roof of the royal palace of Babylon, he said, ‘Is this the great Babylon I have built as the royal residence, by my mighty power and for the glory of my majesty?’ The words were still on his lips when a voice came from heaven, ‘This is what is decreed for you, King Nebuchadnezzar: Your royal authority has been taken from you.”

I Peter 5:5, “God opposes the proud but gives grace to the humble.”

Proverbs 16:18, “Pride goes before destruction; and a haughty spirit before a fall.”

Verse 33. “Immediately what had been said about Nebuchadnezzar was fulfilled. He was driven away from people and ate grass like cattle. His body was drenched with the dew of heaven until his hair grew like the feathers of an eagle and his nails like the claws of a bird.”

Jeremiah 17:9, “The heart is deceitful above all things, desperately wicked–who can know it?”

verse 34. “At the end of that time, I, Nebuchadnezzar, raised my eyes toward heaven, and my sanity was restored. Then I praised the Most High; I honored and glorified him who lives forever.”

Verse 37, “Now, I, Nebuchadnezzar, praise and exalt and glorify the King of heaven, because everything He does is right all his ways are just.” “And those who walk in pride he is able to humble.”

2. God uses a variety of methods to get your attention

4. God’s promises are often slow, but they are sure

5. When you look to God, He will restore you