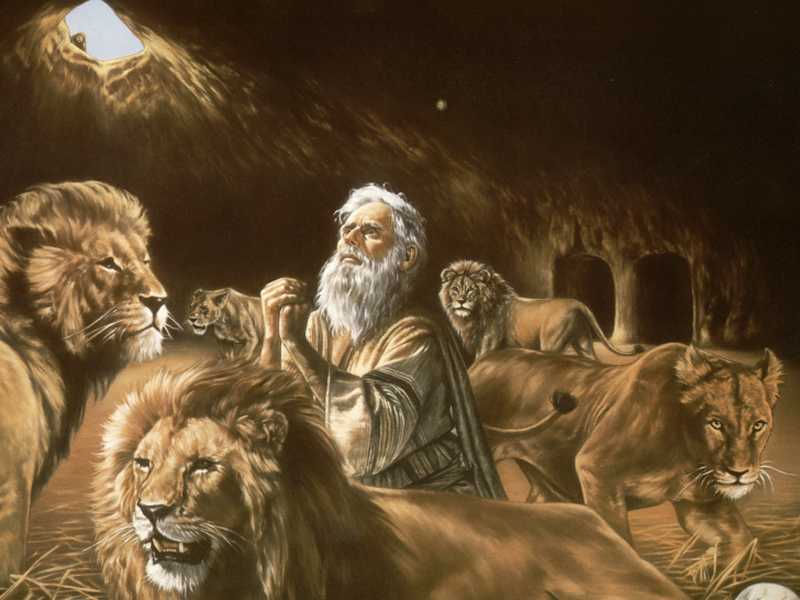 FACING THE LIONS IN LIFE

Daniel 6: 1-7, "Darius the Mede decided to divide the kingdom into 120 provinces, and he appointed a high officer to rule over each province. The king also chose Daniel and two others as administrators to supervise the high officers and protect the king’s interests. Daniel soon proved himself more capable than all the other administrators and high officers. Because of Daniel’s great ability, the king made plans to place him over the entire empire. Then the other administrators and high officers began searching for some fault in the way Daniel was handling government affairs, but they couldn’t find anything to criticize or condemn. He was faithful, always responsible, and completely trustworthy. So, they concluded, “Our only chance of finding grounds for accusing Daniel will be in connection with the rules of his religion.”

So, the administrators and high officers went to the king and said, “Long live King Darius! We are all in agreement—we administrators, officials, high officers, advisers, and governors—that the king should make a law that will be strictly enforced. Give orders that for the next thirty days any person who prays to anyone, divine or human—except to you, Your Majesty—will be thrown into the den of lions."

Daniel 6:10-11, "But when Daniel learned that the law had been signed, he went home and knelt down as usual in his upstairs room, with its windows open toward Jerusalem. He prayed three times a day, just as he had always done, giving thanks to his God. Then the officials went together to Daniel’s house and found him praying and asking for God’s help."

Daniel 6:16-24, "So, at last the king gave orders for Daniel to be arrested and thrown into the den of lions. The king said to him, “May your God, whom you serve so faithfully, rescue you.” A stone was brought and placed over the mouth of the den. The king sealed the stone with his own royal seal and the seals of his nobles, so that no one could rescue Daniel. Then the king returned to his palace and spent the night fasting. He refused his usual entertainment and couldn’t sleep at all that night. Very early the next morning, the king got up and hurried out to the lions’ den. When he got there, he called out in anguish, “Daniel, servant of the living God! Was your God, whom you serve so faithfully, able to rescue you from the lions?” Daniel answered, “Long live the king! My God sent his angel to shut the lions’ mouths so that they would not hurt me, for I have been found innocent in his sight. And I have not wronged you, Your Majesty.” The king was overjoyed and ordered that Daniel be lifted from the den. Not a scratch was found on him, for he had trusted in his God. Then the king gave orders to arrest the men who had maliciously accused Daniel. He had them thrown into the lions’ den, along with their wives and children. The lions leaped on them and tore them apart before they even hit the floor of the den."

IN PUBLIC: PURITY SHOULD BE YOUR GOAL

IN PRIVATE: PRAYER SHOULD BE YOUR HABIT

KEYS TO A DYNAMIC PRAYER LIFE:

UNDER PRESSURE: PEACE WILL BE YOUR GIFT